The purpose of this study was to investigate the evaporation process of reject brine by using a solar system. The solar system contained a solar still coupled with a solar air heater (SAH). Solar still had a heated base, which was connected to the solar collector with a copper pipe. The influence of the introduction of the SAH to the system and increased levels of air mass flowrates was investigated. Variations in temperature and solar irradiation were monitored as well as brine evaporation. Introducing the SAH and increasing the air mass flowrate resulted in faster brine evaporation, higher utilization rate of solar radiation, higher brine and base temperature levels within the solar still compared to the system without the SAH. The mean base temperature of the system with the SAH was 43.46±11.3°C, while that of the system without the SAH was 30.62±7.35°C. The use of the SAH and high air mass flowrates influenced the temperature distribution within the solar still, which affected the evaporation of the brine in a positive way. Introduction of the SAH and high air mass flowrate increased the drying efficiency of the solar system at a level of 120%. 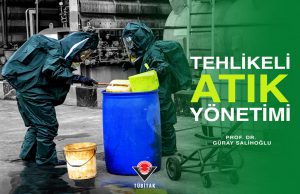